A partnership between the MRU Office of Alumni Relations and the MRU Library.

The book club experience…from the comfort of your own home. MRU Reads is a virtual book club that is open to all members of the MRU community - alumni, students, employees.

Book club meetings will be held quarterly via Zoom. A moderated forum will open two weeks prior to each meeting to allow book club members to share their insights and engage in a lively discussion.

For our Q2 2021 read, we're thrilled to welcome author and MRU professor, Karen Pheasant-Neganigwane to join us to discuss her book Powwow: A Celebration Through Song and Dance. We look forward to an insightful conversation on the history and vibrancy of powwow culture in North America.

Missed one of our earlier book club meetings? Check them out on-demand at your convenience: 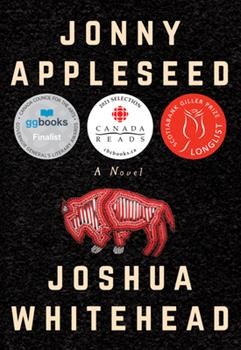 Thanks for voting for our March book!

The book club members have spoken! The winning book is....Jonny Appleseed. Join us on March 15 for our book club discussion - full details and registration now available.

Canada Reads Jonny Appleseed Champion Devery Jacobs states, "This novel needs to be read. It's a love letter to Indigiqueer, two-spirit people and the women of our communities. It finds the cracks of light in darkness, which is exactly what we need in 2021, to find those cracks of light."

"You're gonna need a rock and a whole lotta medicine" is a mantra that Jonny Appleseed, a young two-spirit/Indigiqueer, repeats to himself in this vivid and utterly compelling novel. Off the reserve and trying to find ways to live and love in the big city, Jonny becomes a cybersex worker who fetishizes himself in order to make a living. Self-ordained as an NDN glitter princess, Jonny has one week before he must return to the "rez," and his former life, to attend the funeral of his stepfather. The next seven days are like a fevered dream: stories of love, trauma, sex, kinship, ambition and the heartbreaking recollection of his beloved kokum. Jonny's world is a series of breakages, appendages and linkages — and as he goes through the motions of preparing to return home, he learns how to put together the pieces of his life.

Jonny Appleseed is a unique, shattering vision of Indigenous life, full of grit, glitter and dreams. (From Arsenal Pulp Press)

Jonny Appleseed was on the longlist for the 2018 Scotiabank Giller Prize and was shortlisted for the Governor General's Literary Award for fiction and the Amazon Canada First Novel Award. It also won the Lambda Literary Award for gay fiction.

Join us here in sharing your thoughts and insights on the book. 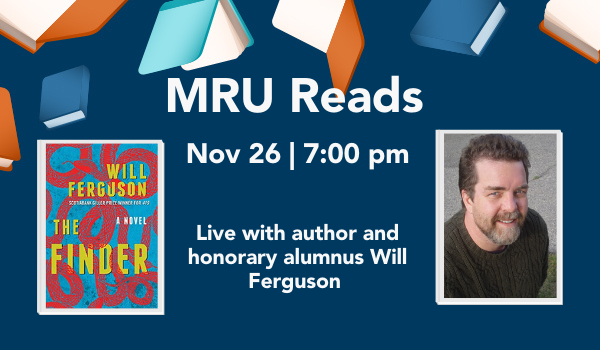 Thanks to Will Ferguson for joining us on Nov. 26 to discuss his latest book The Finder. Here is the live recording.

Will Ferguson is an award-winning travel writer and novelist.

Fort Vermilion (pop. 728), in northern Canada, closer to the Arctic Circle than the American border.

His debut novel, Happiness, sold into 23 languages around the world. His last novel, 419, won the Scotiabank Giller Prize. His new novel, The Finder, was released in Sept 2020.

Ferguson has won the Stephen Leacock Medal for Humour three times and has been nominated for both the IMPAC Dublin Literary Award and a Commonwealth Writers’ Prize.

In his early twenties, he lived and worked in Ecuador, South America, as part of Canada World Youth (similar to the American Peace Corps).

Will Ferguson studied film production and screenwriting at York University, graduating with a B.F.A. in 1990.

He joined the Japan Exchange Teachers Programme (JET) after university and spent five years in Asia, travelling through China, Korea, Indonesia and Malaysia. He married his wife Terumi in Kumamoto, Japan. They now live in Calgary, Canada, with their two sons.

His travel memoirs include:

In 2010, he was the head writer for the Vancouver Winter Olympics Closing Ceremonies, penning material for the likes of William Shatner and Michael J. Fox.

He sits on the board of The Chawkers Foundation, and in 2016 received an honorary degree in English from Mount Royal University. 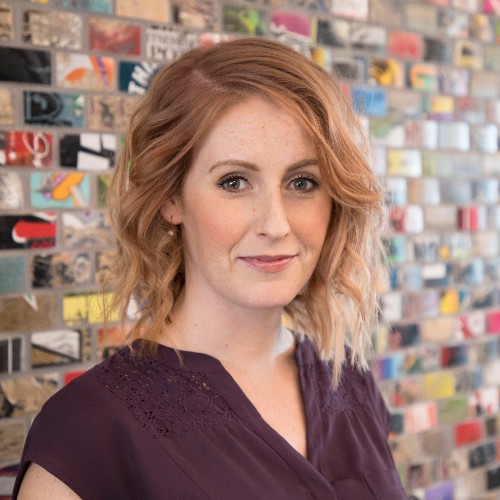 Courtney Montgomery is the outreach lead, public services at Mount Royal University Library. Courtney graduated with a Bachelor of Fine Arts - Dramatic Arts from the University of Lethbridge and later pursued her Event Management Certificate at Mount Royal University. Her passion to connect with people and her affinity for organization are well-paired in her current position. When Courtney is not working she enjoys skiing, golf, baking, walks with her dog, live music (pre & post COVID-19), and curling up with a good book. Her reading preferences include personal development, memoirs, classic novels, and popular fiction; she's always open to great recommendations. 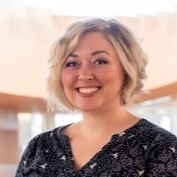 Michaela Ritchie is an MRU alumna who graduated in 2018 with a Bachelor's Degree in  Communications - Journalism. She is an author, poet and recovering journalist from Calgary, Alberta. Currently working as the Calgary Public Library's social media and digital content specialist, Ritchie is also a prose editor for FreeFall Magazine and sits on the board of the FreeFall Literary Society. Her words can be found in past issues of Where Magazine, Essential Magazine, Tourism Calgary, the Calgary Journal, and many decrepit notebooks. Say hello to her online at @wordsbyritchie.

Please note, participants will be responsible for securing their own books.

The Office of Alumni Relations has partnered with The Next Page (a Calgary-based, alumni-owned bookstore) as our book supplier of choice. For every MRU Reads book sale made through The Next Page, 15% of sales proceeds will be donated to the Mount Royal University True Blue Alumni Scholarship.

To order online, please visit their website and click 'browse' at the top right corner and you will be redirected to their online store. At checkout you will be prompted to create an account. Use promo code "MRUREADS2021" when placing your order online or in-person to activate The Next Page's donation to the scholarship fund. Note, The Next Page ships for free within the Calgary city limits.